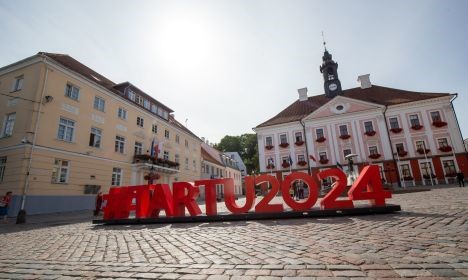 Developments in the course of the project

During the run of the ECHE project, Estonia received a piece of good news directly related to the topic of cultural heritage. Tartu, a city in Southern Estonia where the national University of Tartu, a project partner, is based, won the privilege to become the European Capital of Culture in 2024. According to the official website of the City of Tartu, the theme of Tartu 2024 will be “The Art of Survival” – surviving both in the context of climate change and various environmental challenges of the future, but also – as a small but rich in heritage European city. “Arts of Survival” is meant to express the power of the arts in affecting Europe’s future in three larger areas of life: environmentally friendly culture with a focus on real human communication, strong communities and essential skills for living and, indeed, survival in the coming years”, – as is communicated by the Tartu city government.

This website uses cookies to improve your experience while you navigate through the website. Out of these, the cookies that are categorized as necessary are stored on your browser as they are essential for the working of basic functionalities of the website. We also use third-party cookies that help us analyze and understand how you use this website. These cookies will be stored in your browser only with your consent. You also have the option to opt-out of these cookies. But opting out of some of these cookies may affect your browsing experience.
Necessary Always Enabled
Necessary cookies are absolutely essential for the website to function properly. This category only includes cookies that ensures basic functionalities and security features of the website. These cookies do not store any personal information.
Non-necessary
Any cookies that may not be particularly necessary for the website to function and is used specifically to collect user personal data via analytics, ads, other embedded contents are termed as non-necessary cookies. It is mandatory to procure user consent prior to running these cookies on your website.
SAVE & ACCEPT